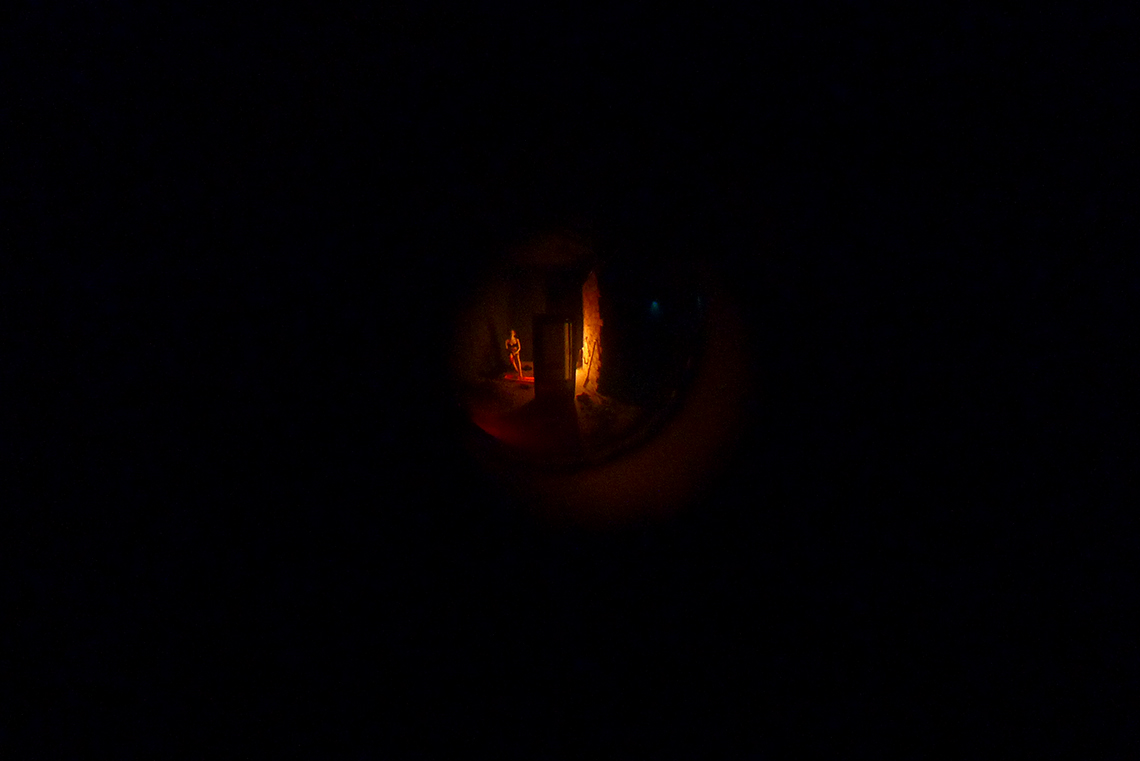 The German term Lustmord implies desire or pleasure along with sexual gain from the murderous act or representation. The phrase traces back to the psychiatrists and scholars reacting to the serial murder wave that affected Germany in the early twentieth century, and it was intended to be a technical and secular description, with no connotations of “monsters” or “evil”. The view at the time was, naturally, that scholars just should not think that way. Yet when translated into English, “lust murder” reverted to ancient ideas of moral evil and depraved sexuality.

This site-specific installation took place in Weimar, Germany and is inspired by a collection of paintings from the Weimar Republic such as Der Lustmörder (Selbstporträt) by Otto Dix. I constructed a cross section of two rooms inside a room. Using tilted perspective, angular lines, and clutter to accentuate the organized chaos of the scene. The most important witness to this crime is the viewer, whose voyeuristic relationship to the scene is accessed thru a peephole facing inward. The viewer is left to puzzle out the location of the missing body and what exactly occurred here.

It takes place in a somewhat domesticated setting – the floor has a feeling of age but the room itself, although completely black, has some tell-tale signs that make us feel like we are in an interior urban space. There are several electricity plugs in the wall that also hint at a domestic living space – this is not a room representing a void or a non-place, this is visibly an urban setting shrouded in black, somehow transformed as if taken from a dream. The scene does not feature a window, and instead offers a full body mirror which functions in a similar manner, suggesting a space beyond the picture plane–a space that we the viewers, inhabit. The mirror is placed squarely in the middle of the room, emphasizing the viewer’s perspective, and underscoring the viewer’s complicity in the Lustmord as bearing witness to the crime. 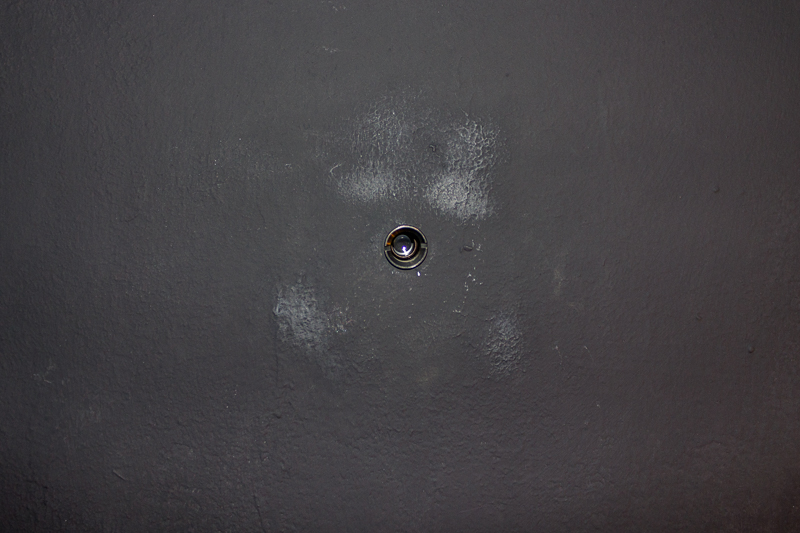 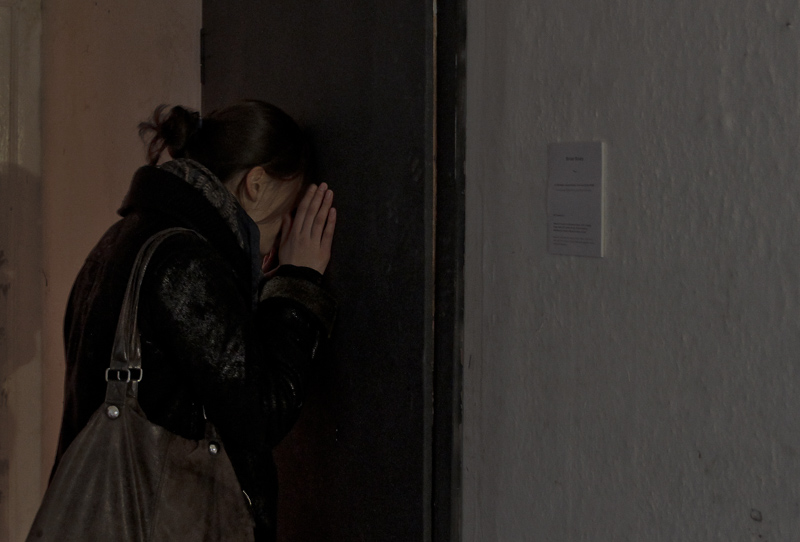