I Want To Believe 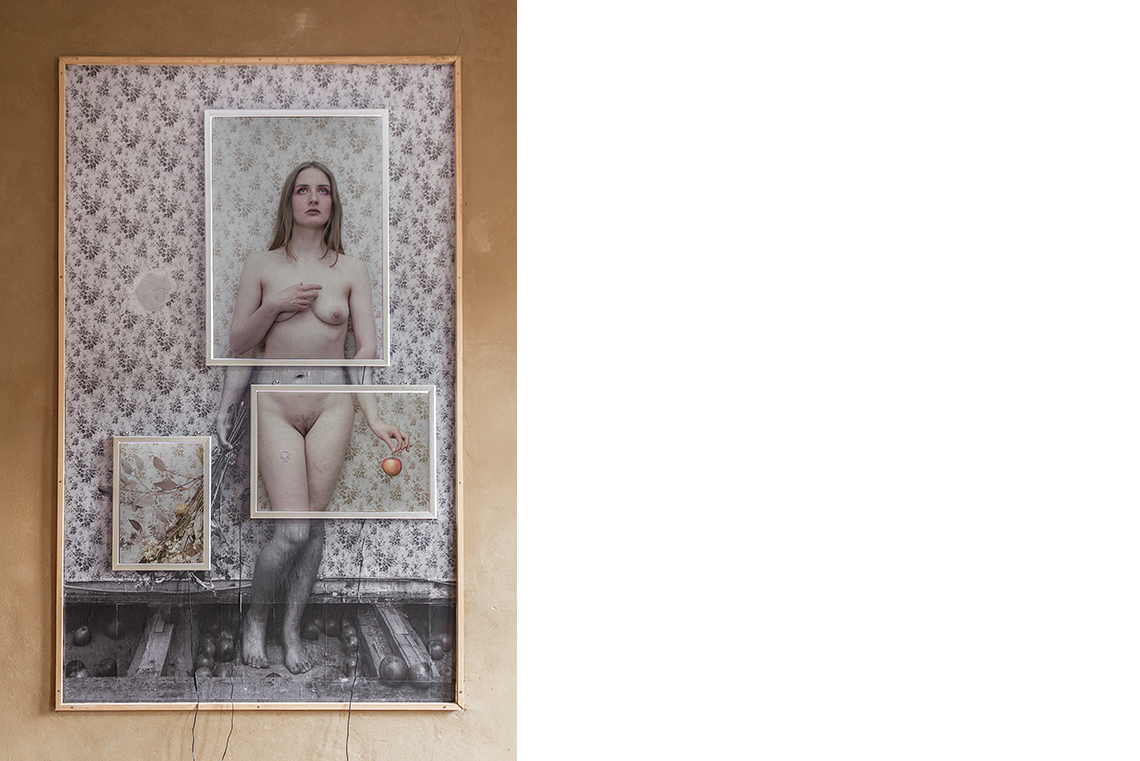 I Want To Believe

In the 90’s the phrase “I want to believe” had become synonymous with science fiction and belief in extraterrestrial life.

In the image a woman is looking upward and she is bathed in light. Because of the layering effect we see three hands in the position of a triangle. Her right wrist is tattooed with a musical note and she clutches a bouquet of dried flowers. In her left hand she holds an apple from its stem by her fingertips. An alien head is tattooed on her right leg. The image is composed of two photographs, a black and white layer (74 Xerox photocopies) and a color layer (3 LED lightboxes). The black and white image is applied directly on the wall like wallpaper and the color lightboxes are hung on top of the wallpaper.

This photo was taken at Marienstraße 9 in the vacant apartment of Frau Müller who recently passed away. There are traces of her in the apartment including old letters and a walking cane. The rose patterned GDR era wallpaper was charming and I wanted to transport this to another place and preserve it. I was facinated by the idea of using her wallpaper to create a new wallpaper. I hope to preserve some essense of this apartment which will eventually be renovated and lost.